German Banking Changes: What does it mean for Americans in Germany?

New German (EU) Banking Regulations: What is the real impact? 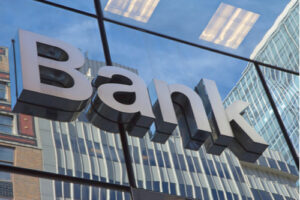 I have been getting many inquiries from worried customers, potential customers and just people that I run into day to day.

The question is: “Is it true that Americans can no longer buy houses in Germany after 21 March 2016”

The problem apparently is that this rumor is being spread around pretty heavily without much research being done. I in-fact just got off the phone with a customer that was told this by a financial advisor!

The situation is that the EU has passed a mandatory banking program that brings all of Europe to a similar level when it comes to consumer protection. There have been regulations put in place that will change banking for both German Nationals, All EU citizens as well as Foreigners living in Europe.

All banks will have a transition period that will average around 2-3 weeks where they will not be processing loans. During this time they will be switching their systems to the new program, training and getting all of their plans in place with their individual teams. These shut downs are mostly starting around 8 March.

What happens after 21 March? I will simply say that most business will continue as usual in regard to American Financings. There are regulations pertaining to how to handle translations for non German speakers, how to handle requests for offers pertaining to the new regulations and how to handle customers with foreign currency income. (USD income while living in Europe as an example). In addition to the work flow changes, there will also be more disclosures on the bank’s part.

I have a relationship with just about every bank in the area and can say that there is only one bank that is commonly used by Americans that will not continue financing the American community. This is their choice as they seemingly did not want to put the infrastructure in place to facilitate and meet the new regulations. It is not because they can no longer by law, rather they chose not to for their own business.

While we have one bank that has dropped off the scene (I believe they will be back. It is my thought that they will be forced to have a program in place for existing American’s that they have already financed) We have also picked up one bank that was not financing Americans. They have put a program in place that meets the new regulations and are going to be opening to Americans beginning in April. As for our business, we actually will now have more options for our customers and the ability to have loan approvals in 3 days and contracts in another 4 days.

In conclusion, we have the same number of banks Financing Americans after March 21st as we had before March 21st 2016. The process of applying for the loan and signing for the loan will slightly change. In some cases it may take a few days longer but in other cases it will actually be quicker.

With any questions please do not hesitate to contact us. It is important that the local community is informed and not making decisions based on bad information!

Enter your email address and we will send you a link to change your password.